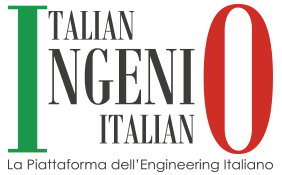 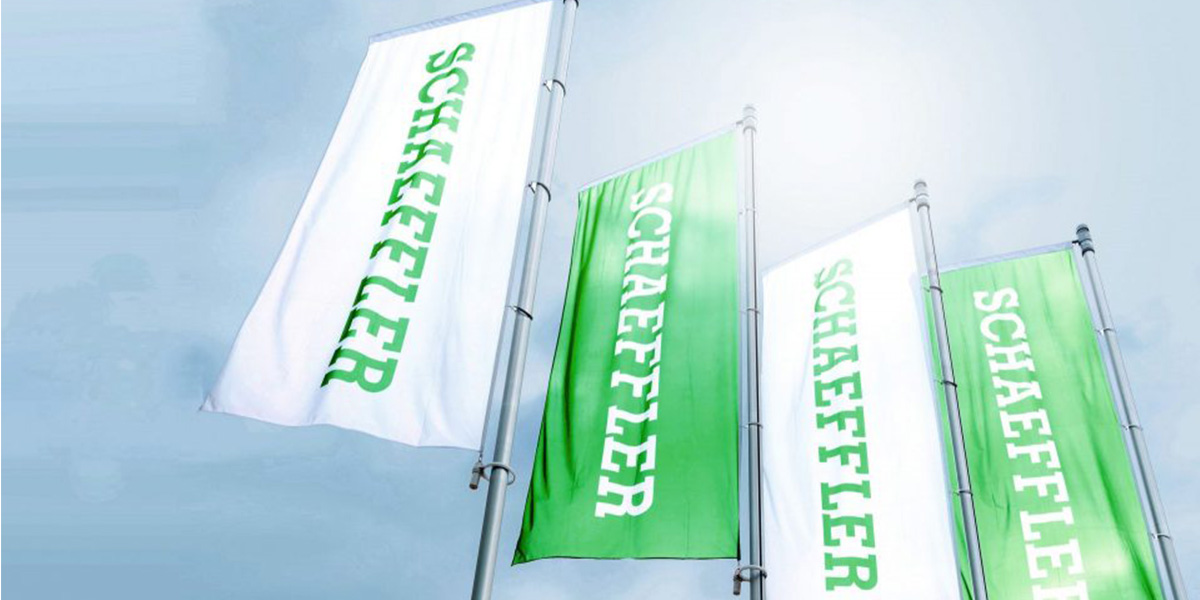 HERZOGENAURACH | May 6, 2020 | Schaeffler, global supplier to the Automotive and Industrial sectors, today presented its interim report for the first three months of 2020. The turnover of the Schaeffler Group for the period under consideration amounted to 3,282 million euros (previous year: 3,622 million euros) . After excluding exchange rate effects, sales revenues for the period decreased by 9,2% mainly due to the lower quantities sold. Turnover decreased in all four regions in the first quarter. The drop net of exchange rate effects was 11,2% in Greater China, 10,4% in Europe, 9,3% in Asia / Pacific and 6% in the Americas Region.

In the first quarter, the Schaeffler Group achieved EBIT before extraordinary effects of 215 million euros (previous year: 272 million euros), which represents an EBIT margin before extraordinary effects of 6,5% (previous year: 7,5, XNUMX%). The decrease compared to the previous year was mainly due to the decrease in the gross margin, attributable in turn to the negative impact of sales volumes on fixed costs.

12% drop in Automotive OEM turnover, outperformance in the first quarter of 11 percentage points

The Automotive OEM Division generated revenues of 2.008 million euros (previous year: 2.285 million euros) in the first quarter. After excluding exchange rate effects, sales revenues decreased by 12% compared to the previous year mainly due to the lower quantities sold. The drop in turnover was mainly due to the impact of the coronavirus pandemic, which considerably weakened demand in the automotive sector, also decreasing the demand of the OEM Automotive Division. World car production in the first quarter was significantly affected by the temporary closings of production plants and decreased by 23% in the first three months of 2020. On this basis, theoutperformance Automotive OEM Division was 11 percentage points.

Due to the coronavirus crisis, sales revenues have decreased in all four regions. In Europe, net sales without exchange rates fell by 13,5%, in Americas by 5,2%, in Greater China by 22,8% and in Asia / Pacific there was a decrease of 7,3% without exchange rate effects.

In the first quarter, the Schaeffler Group achieved an EBIT of 50 million euros (previous year: 113 million euros) before the extraordinary effects. This resulted in an EBIT margin before the extraordinary effects of 2,5% in the period in question, clearly lower than 4,9% in the previous year. The drop is mainly attributable to the lower gross margin resulting from the negative impact of sales volumes on fixed costs.

In the period under review, the Automotive Aftermarket Division recorded a 1,5% increase in sales revenues, excluding exchange rate effects, reaching 446 million euros (previous year: 443 million euros), as a consequence of the considerable growth in turnover of the Europe Region, which generated by far the highest turnover. The positive trend of the sales revenues of the European Region more than compensated for the drop in the turnover of the other three Regions. The growth in sales revenues net of exchange rate effects of 5,6% in Europe was mainly driven by the encouraging performance of the Independent Aftermarket (IAM) activity in the Central and Eastern Europe subregions. In Western Europe, coronavirus containment measures have significantly weakened the activity of the Independent Aftermarket. In contrast to the increase in sales revenues in Europe, the Americas Region recorded a 4,7% drop in turnover, largely due to the drop in the turnover of the IAM business in the South America subregion. By contrast, the OES (Original Equipment Service) business in the United States has grown - its sales revenues have increased substantially due to the increased demand. The Greater China Region reported a sharp drop in sales revenues of 24,9% net of exchange rate effects, while sales revenues in the Asia / Pacific Region decreased by 9,9%.

These developments led to an EBIT before extraordinary operations of 76 million euros (previous year: 69 million euros). This represents an EBIT margin before extraordinary activities of 17,1% (previous year: 15,5%). The improvement over the previous year is mainly attributable to the increase in gross margin and the improvement in the structure of functional costs. The Division's gross margin increased due to higher sales volumes and benefited from a change in the product mix.

In a difficult market environment, the Industrial Division generated sales of 828 million euros (previous year: 893 million euros) in the first quarter. After excluding exchange rate effects, sales revenues decreased by 7,5%. In particular, the Europe, Americas and Asia / Pacific Regions reported a considerable drop due to the crisis in the first quarter of 2020. On the contrary, a double-digit growth rate was recorded by the Greater China Region, where the sector cluster wind has grown considerably. Clusters in the power transmission and raw materials sectors also contributed to growth. The increase in sales revenues net of the exchange rate effects of the Region was 21,4%, while there were drops of 15% in Europe, 14,1% in Asia / Pacific and 9,5% in the Americas region.

In the first quarter, the Industrial Division generated an EBIT before extraordinary operations of approximately 88 million euros (previous year: 90 million euros), which represents an EBIT margin before extraordinary activities of 10,7% (previous year: 10,1 , XNUMX%). The favorable performance of the margin benefited, among other things, from the stability of the gross margin. The negative impact of volumes on fixed costs was more than offset, in part by the favorable impact of pricing.

The adjustment of the value of goodwill in the Automotive OEM Division reduces the risk of further adjustments in the balance sheet. With this prudent approach to evaluation, the Schaeffler Group reacted to the increase in uncertainty about the future course of the Division's activity following the coronavirus pandemic, thus improving the quality of its balance sheet.

In addition, during the period under review the Schaeffler Group continued or initiated measures to further lower the Group's costs, partly also in response to the coronavirus crisis, such as the introduction of layoffs, the use of vacation days and hours accumulated in the hour banks, the imposition of hiring blocks, the reduction of participation in fairs, the reduction of the marketing budget and the temporary closure of the factories. The Board of Directors also decided to increase the number of jobs to be included in the voluntary termination plan in Europe from 1.300 to 1.900.

In addition, the Schaeffler group has further strengthened its cash situation with the issuance of a Green Schuldschein for a total of approximately 350 million euros, as communicated on April 9, 2020. “The Schaeffler Group has a very solid cash situation. At the end of last year we had already increased the current Revolving Credit Facility from 1,5 billion euros to 1,8 billion euros and in mid-December 2019 we obtained further new bilateral credit lines for a total of 200 million euros. Our next significant deadlines will not mature before 2022, "said Dietmar Heinrich, CFO of Schaeffler AG.

Specific forecast for 2020 not yet possible for the moment

On 24 March 2020, the Board of Directors of Schaeffler AG suspended the forecast for the entire year 2020 for the Schaeffler Group and its Divisions, published on 10 March 2020, due to the worldwide spread of the coronavirus pandemic and the consequent implications for the company's operating results. Currently, it is not possible to reliably estimate the further course of the pandemic or its economic implications. The Schaeffler Group currently expects that the growth in turnover net of exchange rate effects, the EBIT margin before extraordinary operations and the free cash flow before the incoming and outgoing cash flows for M&A activities for the entire year 2020 lower than the corresponding level of the previous year.

“The coronavirus pandemic confronts us with unprecedented challenges. Our results for the first quarter of 2020 are solid. The positive development of our free cash flow is particularly encouraging. We are reaping the benefits of having started proactively managing our investments and the working capital last year. Together with our solid cash situation and the high quality of our balance sheet, we are confident that we will be able to successfully overcome the current crisis. The second quarter will be difficult. We will continue to consistently pursue the countermeasures we have put in place, "said Klaus Rosenfeld, CEO of Schaeffler AG.

Some statements in this press release relate to the future. By their nature, such statements imply a number of risks, uncertainties and assumptions that could determine that the actual results or events differ materially from those expressed or implied by the aforementioned forward-looking statements. These risks, uncertainties and assumptions could adversely affect the outcomes and financial consequences of the plans and events described here. There is no obligation to publicly update or revise forward looking statements, whether as a result of new information, future events or other reasons. The recipients of this press release should not place undue reliance on forward-looking statements, which exclusively reflect the situation as of the date of this press release. The statements in this release regarding past trends or developments should not be construed as attestations that the same trends and developments continue into the future. The warnings described above are to be considered in relation to subsequent forward-looking statements in verbal or written form by Schaeffler or by persons acting in his name. 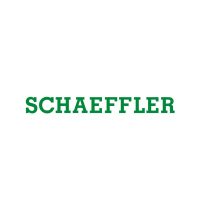 Ready to leave? On the road to success, with Libera adv and Alibaba